by FIA
in Featured, National
Reading Time: 2min read
A A
0

The Official website of Attock Police was hacked yesterday and hasn’t be retrieved back, URL http://www.attockpolice.gov.pk/  It’s the Government Official Police site which requires good cyber security but Indian Hacker known as ~ sahoo ~ Hacked it and placed Vande Mataram which means “I bow to thee, Mother”  .


It was on the Pakistani Local New Channels last night as well but since then till now Pakistani Officials hasn’t done anything yet.

Earlier this website was hacked by Afghani Hacker on  August 10th, 2013  and overall it’s the 3rd time this same site has been Hacked. 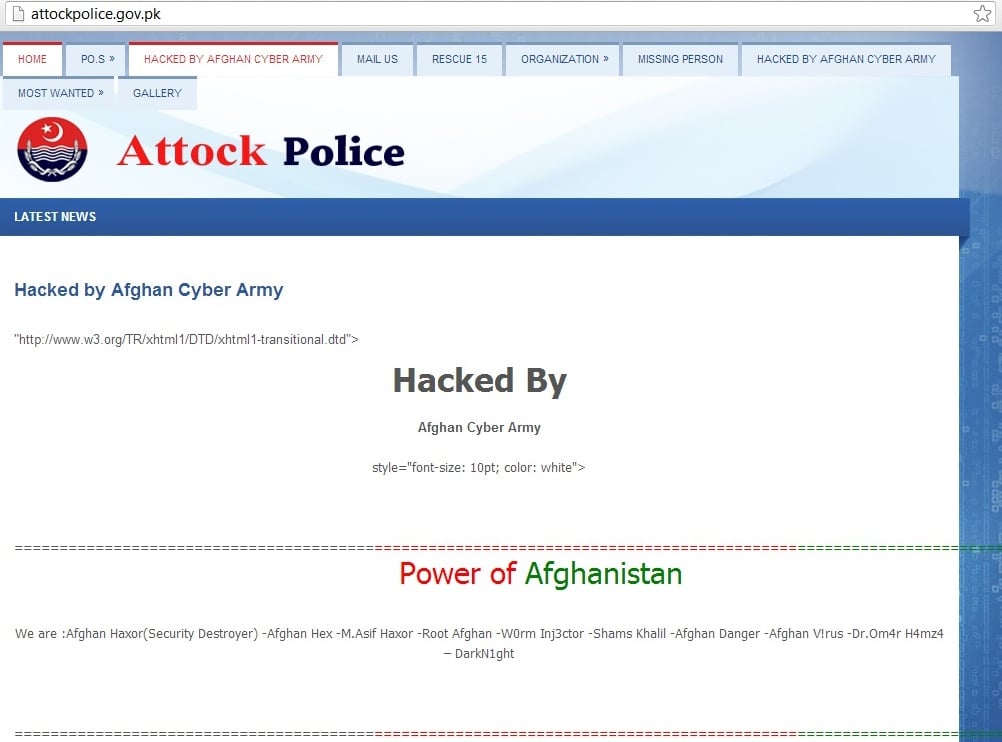 Cyber Violation and Warfare between India and Pakistan are not new to anyone but the Attock Police website is  Gov.pk which makes it clear that Indian Hackers might attack on many other Pakistani sites in coming days.

Pakistani Government must ensure the cyber security and shouldn’t take it softly because Cyber Warfare is going to grow more worse and wilder with time this cyber age where Information spreads off within no time.