For all the tactical discipline of two storied sides, clash is likely to come down to which star shines brighter

The Netherlands are one win away from a second straight World Cup final while opponents Argentina head into Wednesday’s last-four clash looking to end their 24-year wait for a place in the biggest game of all.

Two teams with a rich tradition and an abundance of motivation should produce a close game, characterised by tight marking, disciplined defence and threats on the break as they bd to reach the July 13 final at Rio de Janeiro’s Maracana.

But for all the expectation, all the history and all the focus on the tactical approaches of Alejandro Sabella and Louis van Gaal, the clash at the Corinthians arena is likely to come down to how two individuals seize the moment. 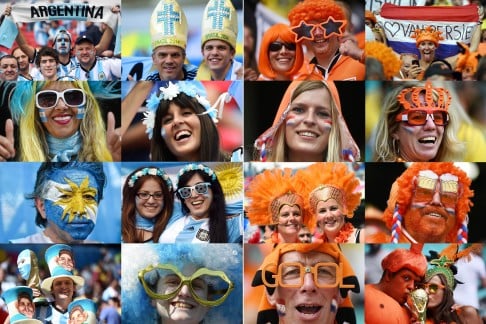 With both teams set to pack the midfield, regardless of what formal formation they field, Argentine Lionel Messi and Dutchman Arjen Robben will be charged with producing thrilling moments of skill that could decide who heads to Rio for the final.

The narrative around the 27-year-old Messi’s stature in the game has long suggested that the four-time World Player of the Year needs to take his country to a World Cup triumph to enter the list of the game’s true greats.

Whether that assessment is fair or not, Messi is certainly doing his best to prove that he deserves to be mentioned in the same breath as compatriot Diego Maradona and Brazil’s Pele. 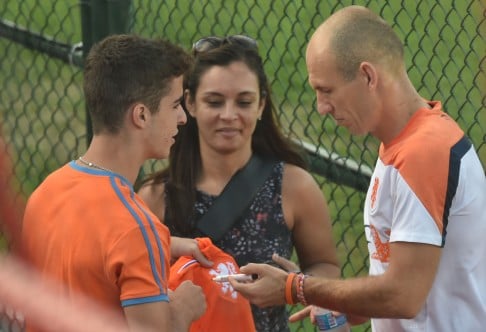 The forward has four goals, all in the group stage, but his contribution has gone well beyond finding the back of the net.

Messi has always had the ability, for Barcelona and Argentina, to drop away from the opposing back-line and run at defences from deep, but in the quarter-final win over Belgium he played almost as a classic playmaking number 10.

In this withdrawn role, Messi successfully controlled the tempo of the game, slowing it down when needed and probing for spaces for striker Gonzalo Higuain to exploit. 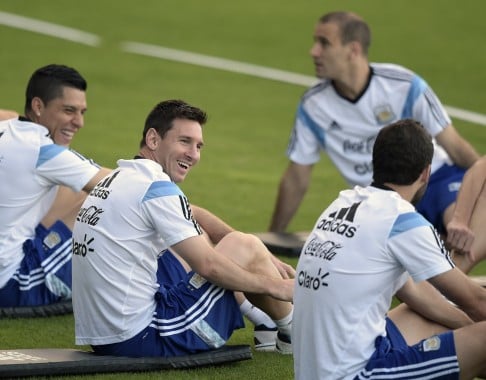 So often the virtuoso who provides the dramatic crescendo to an attack, Messi has evolved in this tournament into the conductor of the orchestra.

The absence of Angel Di Maria on the right through injury is a blow for Argentina because the Real Madrid winger has provided the other main attacking threat for Sabella’s team.

It will be interesting to see whether the Argentine coach goes with the defence-minded Enzo Perez, who replaced Di Maria against the Belgians, or goes for a more attacking option.

His Dutch counterpart Van Gaal has been willing to adjust his lineup and formation for each game, but the one constant is the reliance on Robben to terrorise defences with his high-speed dribbling.

While much attention has focused on the tricky winger’s tendency to go down easily in seeking penalties, that has distracted somewhat from the way his pace, directness and shooting have been the main focus of the Dutch attacks.

Van Gaal’s side have cut it fine on the route to the semi-finals though – they needed penalties to get past Costa Rica in the quarter-finals having only beaten Mexico by a controversial last-minute penalty in the previous round.

They will need striker Robin van Persie to recapture his form from the group stage to give the Argentina defence something else to ponder apart from Robben’s direct threat.

The two teams have met four times before in the World Cup, including in the 1978 final which Argentina won 3-1 after extra time on home soil. That was their only win over the Dutch at the finals having lost twice and drawn once in the other matches.