by FIA
in Editorial, Featured
0
In Human development Report Pakistan is placed at 136th position for having just 49.9% educated population. In addition to that, Pakistan is ranked at 113th out of 120 registered UN members according to the research conducted by UNESCO et. all. Some of the very basic flaws of the education system in Pakistan contribute to the economic, ethnic and sociopolitical crisis within the country.

Flaws of Education System in Pakistan

Firstly, the education system of Pakistan is based on unequal lines. Medium of education is different in both, public and private sector. This create a sort of disparity among people, dividing them into two segments. Such a distraught infrastructure is a basic cause of high illiteracy rate in Pakistan and high drop out rates in rural areas and public school. 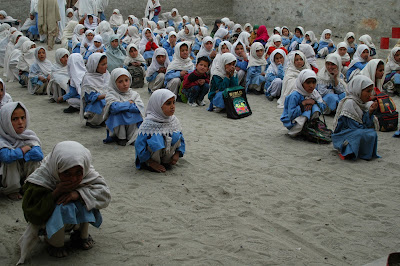 The third major cause of flawed education system in Pakistan is gender discrimination. The current primary school ratio of boys and girls is 10:4, which is a cause of huge concern. For the last few years there has been an increase in the growth of private schools. It is believed that Pakistan is among the most prominent states affected by gender discrimination. That not only harms the quality of education in Pakistan but create a gap among haves and have nots.
Fourthly, the lack of technical education is a biggest flaw in the education policy that has never been focused before. Therefore, less technical people means low standard of education.
Fifthly, the allocation of funds for education are very low. It is only 1.5 to 2.0 percent of the total GDP. It should be around 7% of the total GDP. At that budget allocation, the illiteracy rate in Pakistan would not decrease but rather increase. The federal and provincial governments need to cut down their expenditures in other areas and spend a bigger proportion of income on education. 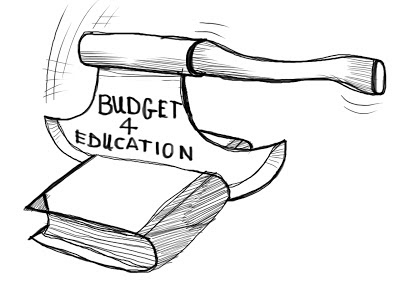 Moreover, the quality of education in most of the public schools and colleges is well below par; the teachers in government schools are not well trained. People who do not get job in any other sector, they try their luck in educational system. They are not professionally trained teachers so they are unable to train a nation.Quality of teaching needs special attention in rural areas where the teachers lack in all departments.

In America, Europe and most of the developed countries, the emphasis of the states is on developing virtual education systems i.e. provision of education through online networks. The idea of online education is gathering momentum and many online institutions have been set up which offer online courses and online degrees. The Higher Education Commission and Education ministry need to focus on developing a strong online education network so that students through out the country can benefit. Universities such as Harvard, Berkley and MIT are offering online courses and degrees. It reflects the importance of online education in today’s modern high tech world.Finally, Poverty is also another factor that restrict the parents to send their children to public or private schools. So, they prefer to send their children to Madrassas where education is totally free. The government has to make changes to financial infrastructure to improve the situation. Bank loans for education purposes should not be interest based as it discourages the people of Pakistan to acquire loans. Education loans are offered at low rates through out the world and it enable people to acquire quality education.
Social awareness regarding all these issues need to be spread and we, the people of Pakistan have to work hand in hand with the government authorities to improve the current system. Our children should not be deprived of their basic right to acquire knowledge.
All these issues contribute to high illiteracy rate, which in turn result in economic crisis in shape of high unemployment rate and below-par quality of labor. Moreover, the country suffers on social, political and technological front! There are hundred other problems which need attention but the core-issues need to be addressed as soon as possible. You can read my article Pakistan’s Educational System which is an overview of the education infra-structure within the country.In today’s world, the benchmark for excellence is education. Moreover, if a country has a distraught academic infrastructure, the chances to survive in current competitive world are petite. The illiteracy rate in Pakistan is alarmingly high which calls for critical attention. The federal and provincial governments need to work  together towards elimination of flaws of education system in Pakistan.Courtesy : YouthXperia