Add Viber to the list of insanely popular messaging services that have more than 200 million users.

The 2-year-old mobile messaging and VoIP service, developed by Viber Media, announced the new stat Tuesday, saying that it has 200 million members spread across 193 countries. The company also revealed Viber Desktop for free calling and messaging on PCs and Macs.

Viber 3.0 launched on Tuesday on both IOS  & Android, but also launched the new desktop version for both Mac & PC .Viber is now spreading to the desktop after conquering mobile .According to Viber’s own statistics, the word “conquering” is correct. The service now boasts 200 million users.

On the other hand new desktop version of Viber is a threat to its competitor Skype with 280 million users, as desktop version brings video calls, something it hasn’t offered until now.

Messaging works on the desktop app, too, and users can transfer chats from phone to computer with a single click or tap. Incoming messages appear in all open apps, but once you pick up the conversation on mobile, the desktop app doesn’t continue to beep. 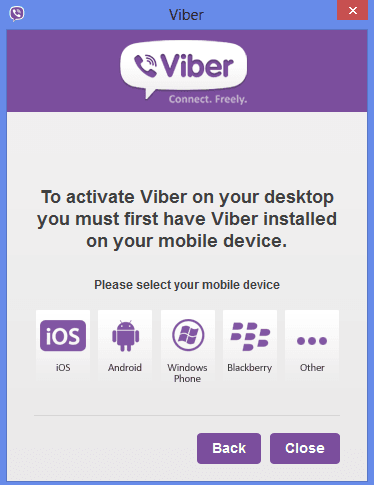