IRAQ: As many as twenty protesters are dead and over hundreds injured in Karbala in an anti-government protest being held in Iraq.

Over a hundred people have been reported injured. The protesters are staging anti-government protest in the southern city of Karbala.

Karbala’s governor Naseef al-Khitaby has however has denied reports of casualties. He has called these reports false news.

In an press conference held on Tuesday he said the news circulating on social media are false and fabricated. He also said there were no casualties.

Chief Police of Karbala also denied, and said no protesters were killed. He added only one person died in unrelated criminal incident.

The footages circulating the social media show the aftermath of the incident. The protesters had set up tents at the education Square.

The footages show fire and people running away. Gunshots could be heard as well.

One witness said, masked men all dressed in black fired bullets towards the square.

The witness also said people fell dead and wounded right before my eyes. They tried to escape and run into the alleys but ran into checkpoints set up by these forces. The forces arrested and searched the protesters. They also searched their phones for the videos.

According to another witness, someone also opened fire from a passing car at the protesters in the encampment. A masked gunmen in black clothes arrived and started shooting. That is when the tents caught fire.

The protest in Karbala is ongoing since five days. The Iraqis have come out on streets to protest against official corruption, mass unemployment and failing public services.

Iraq & Middle East Updates have also shared images of the Iraqi police and security forces attacked by the protesters. 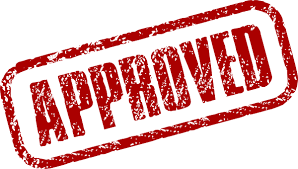 Prices for some items rise as govt announces relief package

Karachi needs Rs.100 billion per annum over 10 years to solve its issues

Infinix Hot 10 Price in Pakistan – amazing specs on a budget