HONG KONG/SINGAPORE (Reuters) – Some of the biggest electronics bazaars in Asia are being flooded with customers looking for the latest piece of technology: cryptocurrency mining rigs.

Scores of miners from around the world are traveling to places like Hong Kong’s Sham Shui Po and Singapore’s Sim Lim Square to buy the rigs, which the shops’ hardware geeks expertly build behind counters in their cramped boutiques.

Some miners only buy components: a motherboard, graphic processing units, fans, power adapters, a display card and a memory card. But even if the vendors assemble them on the spot for a small fee, the finished product is usually still a relative bargain.

“It’s 30-50 percent cheaper to buy equipment related to cryptomining in Hong Kong than in Europe,” Russian bitcoin miner Dima Popov said. Hong Kong, for instance, has no sales tax and is closer to component suppliers.

Popov buys display cards, motherboards and power supplies in Hong Kong and mines cryptocurrencies in Russia, where electricity is cheaper and the climate is more suitable.

The demand for the rigs has added a new dimension to Asia’s tech shopping hubs whose once bustling business fizzled out in recent years hit by waning demand for personal computers. Storefronts that once catered mostly to locals, selling phones and other consumer gear, are now greeting foreign visitors searching for hardware that might make them rich.

The rigs are often stacked in warehouses as large as airplane hangars and are monitored constantly.

Each unit contains energy-intensive processors that solve complex mathematical computations. When they do so, they are awarded them the right to validate a blockchain transaction, earning them a “mining” fee.

One cryptocurrency expert said anecdotal evidence suggests on average miners would get their money back in about three months. But those with small, home-based operations might have to wait much longer for a payoff.

In Hong Kong, shopkeepers say most buyers come from Russia, but they have had clients from western Europe, Africa and South Korea. Singapore sees visitors from neighboring countries with cheaper operation costs.

Their mining machines’ parts are mostly manufactured in China using chips from Advanced Micro Devices (AMD) (AMD.O) and Nvidia (NVDA.O), who are looking for export customers amid fears that Beijing will crack down on cryptocurrency miners.

“We’ve been selling more these few months and we often run out of stock” as miners move elsewhere and components flood out of China, said Grant Mak of C. Base Computer.

“The revenue is large,” Wu said.

As miners hunt for deals on gear, chipmakers see opportunity. Rigs can cost anywhere from a few thousand dollars to tens of thousands or more – and processing chips are the priciest component.

“A share of clients from the virtual currency industry is expected to grow dramatically this year in our foundry customer base,” Lee Sang-hyun, vice president of Samsung’s foundry business, said during a conference call.

And Taiwan Semiconductor Manufacturing Co Ltd (TSMC) (2330.TW), the world’s No.1 foundry by revenue and volume, has embraced cryptocurrency mining as a business venture.

But they know how fast that could change. 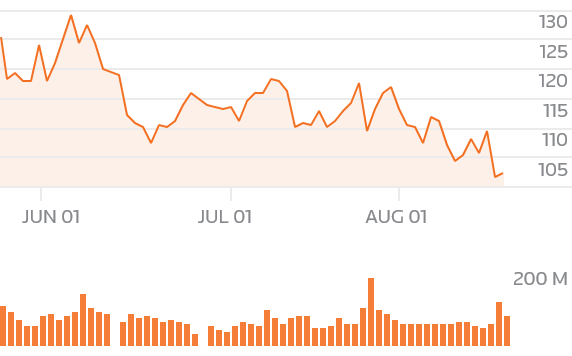 Anuj Agarwal, a 39-year-old consultant for his brother’s shop, Bizgram, said he has dealt with buyers from Vietnam, Malaysia, Indonesia and Russia.

“Foreigners come to Singapore as there is immediate supply of mining rigs here, and they trust Singapore as a country,” he said, adding that some were as young as 16 and came with their parents.

Nearby at Video-Pro, Liu Xiao Yu said he cannot keep up with the demand.

One rig with GPUs usually has six to 12 such cards.

Vendors say the 60 percent drop from an all-time high of close to $20,000 BTC=BTSP did not deter their regular customers, who tend to own large mining operations.

“Individual players may be freaked out, but the big players do not really mind. Big players are our major customers,” said Roy Chan, shop manager of BNW Technology in Hong Kong.

In Singapore, some sellers saw a 40 percent drop in revenue as Bitcoin prices tanked, but the shops are unfazed.

“Once the value of Bitcoin increases again, we will receive multiple calls and emails from customers all over the world,” Agarwal from Bizgram said.