by Snober Abbasi
in Entertainment, Fashion
0

Every face has a different smile; some very teasy, some very shy, some light up our world, some almost cry. However, every smile tells a story- a story of so many emotions piled up in one curve. No one has ever looked bad with on (except Joker from Batman! No, I don’t mean that creepy smile, not at all!) 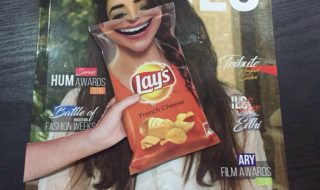 The new and fun campaign launched by Lays has remarkably touched the hearts of so many already! In times of violence and catastrophes all over the world, we really need something to make us smile. Such thoughtful campaigns not only bring about an activity amongst people but also make us realize of little blessings that we take for granted. 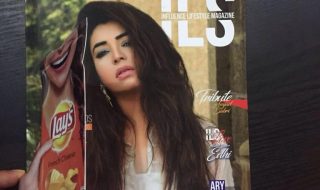 Last week I went to a store with my colleagues and my friends wanted to get something to munch for a late movie that we had planned. I was feeling a bit down earlier but they started putting on the packet in front of me and took a few snapchats of me with one big bearded smile- it truly made me smile. It almost feels contagious.

Here’s to the brilliantly rolled out campaign of Lay’s Pakistan that have made absolutely anything smile, like this picture of a model. Almost feels like it says ‘Girl, don’t look so serious in such a mehnga jora and makeup, smile kardo.’ or ‘your smile is a better reflection of your beautiful soul’.

Or maybe this ‘Give me my French Cheese and I would say cheese for your photo’. Its funny how this bright smile befits the magazine cover so well! Since Influential Lifestyle Magazine has been on the top and one of its kind, it almost seems like the model wants to say, ‘Hey look, I’m the cover girl of ILS and that’s what makes me happy’. Sigh, one day!

Okay, enough of the elderly/philosophical/ ‘I like to make deep conversations’ talk, the most fun part of the whole idea is that you can win an audi. AN AUDI! Do I sound very hard to believe? Those big wheels are going to make you smile for sure! Money can’t buy you happiness…but hey, lay’s can get you smiles and an Audi, hello!?

Also, this reminds me of the famous Bollywood reference which I’m going to put it like this, ‘Chotay chotay deshon mein aesi bari bari khushiyaan hoti rehti hain’.