Authorities in Indian-administered Kashmir on Wednesday ordered internet service providers to block popular social media services including Facebook, Twitter and WhatsApp after an upsurge of violence in the region.

The local government said the services were “…being misused by anti-national and anti-social elements and they should be blocked for one month or until further notice “,in the interest of maintaining public order”.

It is for the first time that the government has taken such a step though it regularly blocks the mobile internet signals in the restive Kashmir valley.

Indian-administered Kashmir has been tense since April 9, when eight innocents including seven students were killed by police and paramilitary forces during the by-election 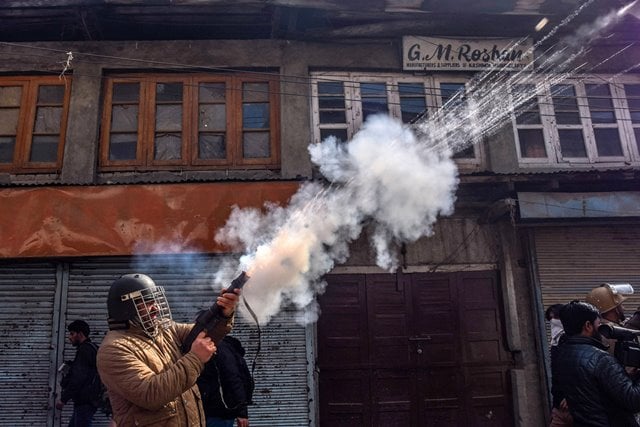 Anti-government protests have escalated again in Indian-administered Kashmir, following violent clashes earlier this month. On April 9, an election was held for a parliamentary seat, but voter turnout was only 7 percent. Demonstrators who had gathered around polling places clashed with riot police, and were met with a violent response, leaving at least eight dead.

Since then, a new cycle of protests and violent crackdowns—followed by responses to those crackdowns—has begun, leaving dozens dead and more injured. In Kashmir, the Indian government has been battling armed rebels in a low-level conflict for decades, while working against separatists, anti-India demonstrations, an increasingly radicalizing population, and more.

Recent clashes with students in the streets of Srinagar resulted in brutal acts carried out by the Indian security forces being caught on video and spread via social media. Today, the government responded by blocking 16 social media sites in the region, including Facebook and Twitter.

Uber to Launch in Islamabad & Rawalpindi next week