Hp announced a big-sized Android tablet Slate 21 that can be fold to stand like a desktop PC. It has a 21.5-inch All-in-one touch screen running  on Android 4.2.2 jellybean an Android-Based Central Command Center for Home Entertainment and Productivity.The HP Slate21 All-in-One enables families to enjoy cloud-based entertainment features such as TV streaming and Android apps.

The device uses Nvidia’s ultra powerful Tegra 4 processor which was announced at CES earlier this year. Complete Android certification means you get the full suite of Android apps to enjoy, all at 1080p on its 21.5-inch screen. 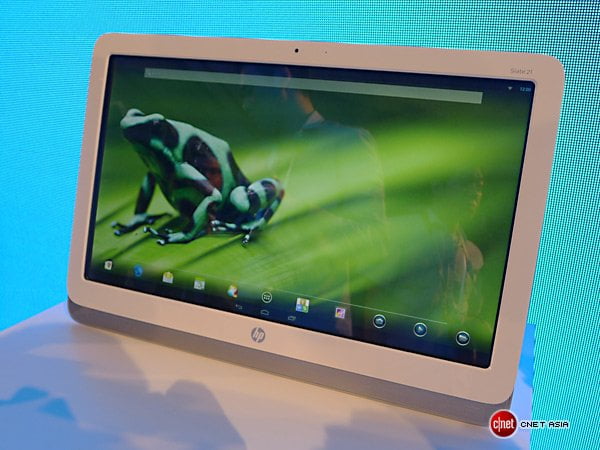 HP’s Eric Wiggins said, “Honestly, that larger screen allows for a better shared experience. This could replace one or two mobile devices in your home that could be used as a shared device for the house. Creating a large-screened device with touch functionality, we thought we could unlock more uses.”

With its 21.5-inch IPS full HD display, at 1920 x 1080 pixel resolution, you can easily share the screen with more than one person, whether you prop the it up by its memory hinge (between 15 and 70 degrees) or lie it flat on a table. Unlike other all-in-ones, the Slate 21 skimps on internal storage to cut costs. In fact, it only offers 8GB of on-board storage, but at least it includes an SD Card slot and comes with three USB 2.0 ports so you can plug in an external hard drive to expand its capacity. It also offers Wi-Fi and Bluetooth connectivity under the hood so the Slate 21 should be able to do what you want right of the box. 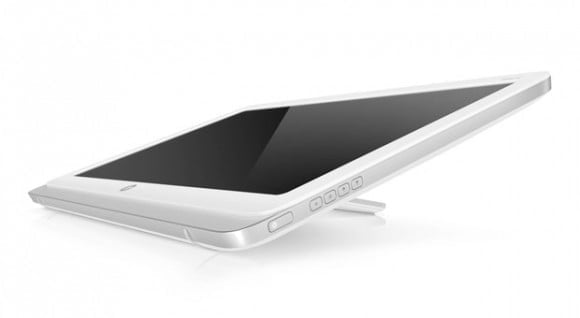 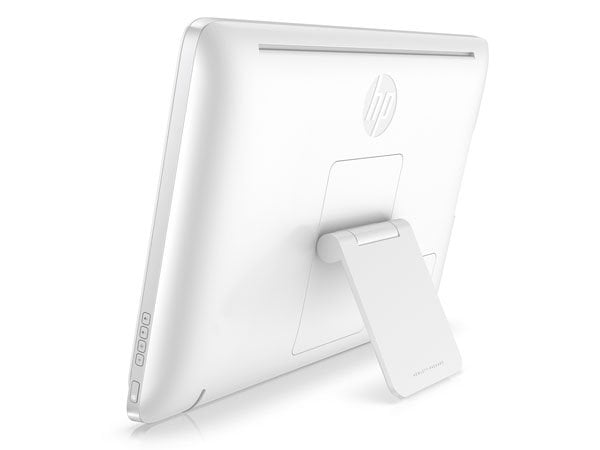 Yet, other hardware specifications have to be released by HP.The HP Slate 21 All-in-One is expected to be available in the U.S. in September, with a starting price of $399.