OnePlus 2 will feature the Qualcomm Snapdragon 810

OnePlus 2 is expected to arrive by the end of August 2015, Featuring Qualcomm Snapdragon 810 V1.2 Chipset, Qualcomm promises no overheating and Android Lollipop ( May run OxygenOs ) which is not confirmed yet.

Meanwhile, GSM Arena website shared the specifications of OnePlus 2, We’ve shared below in the post. However These Smartphones are rear species in Pakistan because Samsung, Apple, Qmobile, Huawei, Motorolla and Nokia are dominant over here.

The OnePlus 2 may run OxygenOS

The first OnePlus smartphone runs CyanogenMod’s own custom ROM built upon Android and many expected that it would appear on the OnePlus 2 as well. However, following CEO Peter Lau’s admissions to a Chinese publication regarding a home-grown custom ROM for the next phone, the company released OxygenOS. 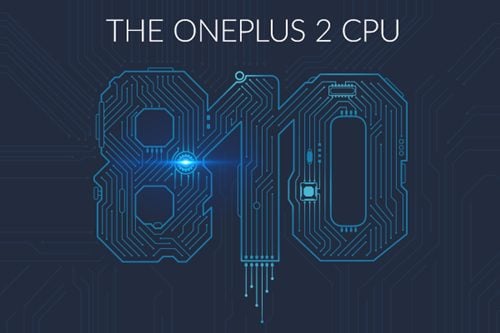 Reports out of China say the OnePlus 3 will be priced at 2,000 Yuan ($322), which is slightly more than the OnePlus One’s original launch price of $300. We are taking this one with a grain of salt, since OnePlus CEO Pete Lau posted on the social network Weibo that 2,500 Yaun or $400 would be a “reasonable” price for the phone. Of course, there is a chance that Lau was aiming high in order to shock us when the phone does get announced.